An Urban Oasis
Novotel Century Hong Kong’s much anticipated new innovative lobby is both bright and spacious. Its neutral colour scheme offers a soothing space for guests and staff to interact. The presence of preserved moss on the green wall and natural lighting offers tranquility. This gives hotel guests a glimpse of the exotic foliage surrounding the hotel. The open floor concept of the lobby features modern furniture inspired by nature, with emphasis being on stone, wood, moss and other natural materials. Bringing the cleanest elements of nature indoors, bodies weave throughout the open floor carving a pathway; an atmosphere of an urban oasis.

A ground-breaking technology
The large touch-screen features groundbreaking virtual concierge, and is set inside the decorative wall made of timber slats which bridges the gap between technology and human interaction. The new virtual concierge designed to assist guests with real-time flight details, weather, tourist hotspots and popular restaurants in Wan Chai, transportation options and hotel details. Patrons can interact with the virtual concierge, collecting details about the attractions nearby. Enquire after the weather at each location in order to plan accordingly for the outing of choice. Distinguish which metro or bus stop is best to reach the selected destination or allow the concierge to calculate the distance and time by taxi.

An area for social interaction
“One of the key elements that we’ve created is the new central seating feature, which was designed to forge a social interaction,” Mr. Farrell, Executive Director of Aedas Interiors explains. The furniture in the lobby was developed with the notion of connecting people and encouraging conversation. Visitors can either sit at the long wooden bench located in the middle of the lobby, or recline on one of the exclusive cushions designed to mimic the appearance of boulders. The flow of the space allows for guests, visitors, locals and staff to interact freely as they move through and share the lobby area.

The black slate-like appearance of the reception desks adds to the natural theme, with the independent stations having been designed so that the hotel staff can serve the guests on a much more personal and accessible level. The Novotel Century Hong Kong’s renovated lobby space actively encourages people to get together and talk by providing a fun environment in which to relax and socialize.

View all photos
Book a room 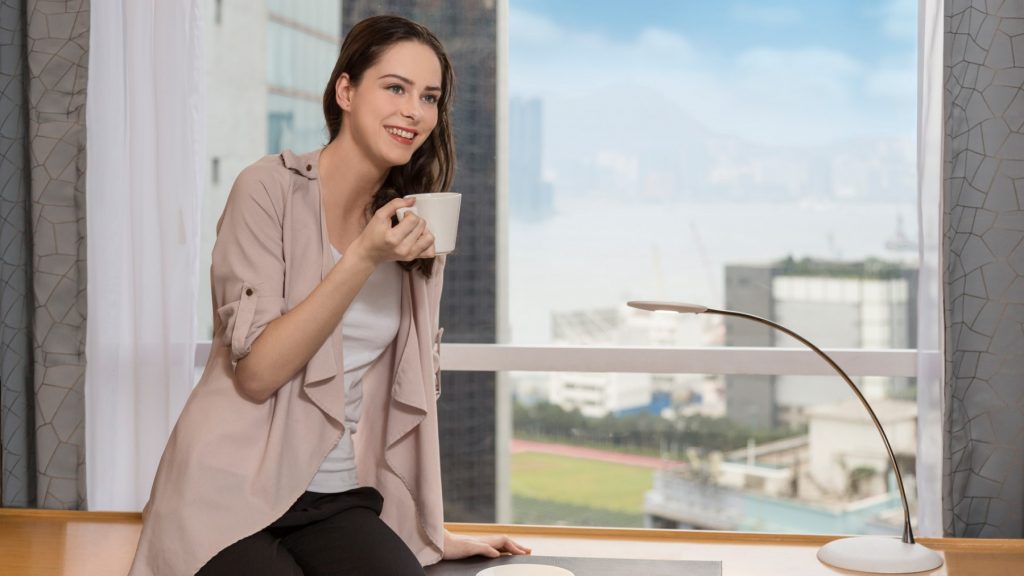 The best of Novotel with Accor App Close